I am a big believer that the people we meet and the paths each of us cross with one another is not merely coincidence. I cherish all the clients and families that I have met over the years, many of whom have moved from client status to actual friendships. And for this I feel so blessed.  I immediately connected with the Bretzinger family when I first met them in December of 2016 for their daughter Elizabeth’s newborn photo shoot in Boca Raton. The story they shared with me about their first daughter’s diagnosis with a congenital ;heart defect struck an emotional cord, and brought up memories of my own brother, who passed away from a ;heart defect at a young age. The blog post that follows is dedicated to the memory of Lindsay and Stephan Bretzinger’s first daughter, Madeline Nichole.

Lindsay Holsinger and Stephen Bretzinger met in 2007 when Stephan, who served in the U.S. Air Force, was stationed in Sumter, SC. They were married on June 13, 2009 in Charlotte, NC. The couple tried for years for a baby.  Shortly after they moved to South Florida in 2013, they became pregnant with Madeline.

Lindsay recalls her pregnancy being fairly easy, she was sick 24/7 but after having a few miscarriages they took the sickness as a good sign. They first found out something wasn’t “right” at 12 weeks during their routine NST.   At the time, the doctors offered and highly recommended further testing.   However, Lindsay says  “it was right before Christmas and we were going home to North Carolina for the holidays and I think we just wanted to not hear any bad news.   Stephen was highly optimistic that everything was fine. He thought I was worried for nothing. But, I just had a feeling”.

After the holidays they returned to Florida and went back to their doctor at 15 weeks pregnant. When the doctor first started the ultrasound she immediately said “huh, that shouldn’t be there”. She pointed to the screen and showed Lindsay and Stephan that the baby’s heart was beating on the outside of her body. Their doctor immediately got them an appointment with a maternal-fetal medicine (MFM) doctor for later that week.

During the first appointment with their MFM doctor it was confirmed that Madeline had ectopia cordis. Her sternum was cleft which caused her heart to form outside. The Bretzingers were then referred to a pediatric cardiologist for a fetal echocardiogram. During the fetal echocardiogram he was able to see there was another defect with the baby’s heart but her heart was still too small to confirm.

The Bretzingers were willing to move anywhere to help their baby. Stephen contacted the top hospitals and they were able to make an appointment at Boston Children’s Hospital. A lot of the hospitals were unwilling to speak to them or would flat out say that there was no hope, so they were pretty happy when Boston was interested.  Lindsay recalls the trip was terrible, “when doctors lead you into a small room without windows you kinda brace for bad”.  Lindsay and Stephan were told their only option with Boston Children’s Hospital would be to hold their baby until she dies. They would not provide any comfort or any life saving techniques. They said Maddie wasn’t a “home run”. That night in the hotel Stephen texted their doctor to let her know what Boston Children’s Hospital said. In response, their doctor sent back cases of babies like Maddie that had surgery to correct their ectopia cordis. They did further research and found a surgeon in Miami that had done the surgery Maddie would need.  At this point the Bretzingers couldn’t have been more excited to get back to Florida.

At 23 weeks they met with their surgeon, Dr. Eliot Rosenkranz, in Miami. Not only was he willing to take the Bretzingers on, he made them feel at ease about everything. For the first time in weeks we were actually excited and planning to bring her home. We bought her furniture the next day. The next few weeks were filled with doctor appointments and a lot of planning. Unfortunately, everything went out the window when Lindsay went into labor at 35 weeks.  Madeline Nichole Bretzinger was born on Memorial Day, May 26, 2014.  Maddie fought so hard. She lived for 8 days, though the doctors said she would only live for a few hours.  Maddie passed away peacefully in Lindsay’s arms.

Throughout their pregnancy and upon hearing about Maddie’s diagnosis the couple recalls having a really great support system. Lindsay’s parents have had two “heart babies” themselves and were able to guide Lindsay and Stephan.  They helped them with what questions to ask their doctors, and were always encouraging when the couple felt defeated. It wasn’t a matter of “will she be ok” it was “she HAS to be ok”.

Lindsay says they didn’t tell many friends at first because it was so shocking and hard to process. The friends they did tell were very positive, most of the reactions were “can’t they just put it back in”. Two of their local friends were able to look past her diagnoses and kept the Bretzingers focused on the happy.  Lindsay says “they never acted as though she wasn’t coming home, they understood she had a lot to overcome but they stayed positive. Both of us tried to only tell people we knew wouldn’t give us “the look”- the pity look that strangers give when you tell them something sad. Our church family in Florida were amazing, they even surprised me with a baby shower.”

Lindsay and Stephan don’t have enough kind words to describe how amazing their doctors were and still are. Lindsay’s OBGYN, Dr. Jessenia Magua went above and beyond for them.  Although she wasn’t the one to deliver Maddie she still was able to meet her. One of their favorite appointments was when they met the team of anesthesiologists. They introduced themselves as either Lindsay’s anesthesiologists or Maddie’s anesthesiologists. “They listened when we said how strong she was, they joked with us and just generally put us at ease.” Years later one of the same anesthesiologist, Dr. Amanda Saab actually saved the lives of both Lindsay and her second daughter, Elizabeth.

“We were so fortunate with our doctors that have turned into friends. I think we tend to hold those who were lucky enough to meet Maddie closer, they help make her more real. They can look at Elizabeth and see Maddie.”

The bear you see in many of the Bretzinger’s photos came from a company called Molly Bears. They make weighted teddy bears to help families cope with infant loss. They make each bear specific to that child.  Maddie was born on Memorial Day and at the time the Bretzingers lived in “the butterfly capital of the world” so Maddie Bear has a patriotic butterfly on her belly and a yellow ribbon on her ear.

The Bretzingers continue to honor Maddie by making sure they include her in every part of their lives. They are trying to find the balance of respecting Maddie’s memory but not giving their second daughter Elizabeth a complex. When they travel they take Maddie Bear. Maddie Bear was in the hospital with Lindsay when Elizabeth was born in December of 2016.

The family has moved twice since Madeline was born. In each new home they set her room back up, just as it originally was. They do plan on making her room into a guest room in the near future.  They set a place for Maddie at the table for holidays. “Every year for Maddie’s birthday we still have her a party, we take cupcakes or cookies to her NICU to thank them. We send out “invitations” to family and friends and ask that they light a candle and participate in 8 days of kindness in Maddie’s honor. I never want her to be forgotten or left behind. We tend to go overboard on things”.

Over the years Lindsay and Stephan have been able to be a support to other families who have received the same diagnosis as Madeline. They were introduced to one such family shortly after Maddie died.  Lindsay says, “they have become great friends and watching their little girl grow up has been amazing”. They have also met a couple of families that faced Maddie’s diagnosis but sadly those sweet babies have joined Madeline in heaven.

After Maddie’s passing, Lindsay wrote to her friends and family, “I am forever changed from knowing her, she will forever be the strongest, bravest, most beautiful person I will ever know.” She is our hero and still the reason we wake up.  To say I miss my baby sounds silly- saying I miss her doesn’t seem like a strong enough statement. I ache for her, I can feel the pain in my bones- that pain is a reminder that my Maddie was here.  In order to die you must live- Maddie lived more in her short time on earth than most people I know will do in years.  Stephan and I consider ourselves the luckiest parents in the world- Maddie is our little girl, our perfect tiny miracle.”

Today Madeline turns 5. Please consider joining the Bretzinger family’s tradition of lighting a candle and participating in 8 days of kindness in memory of Madeline. 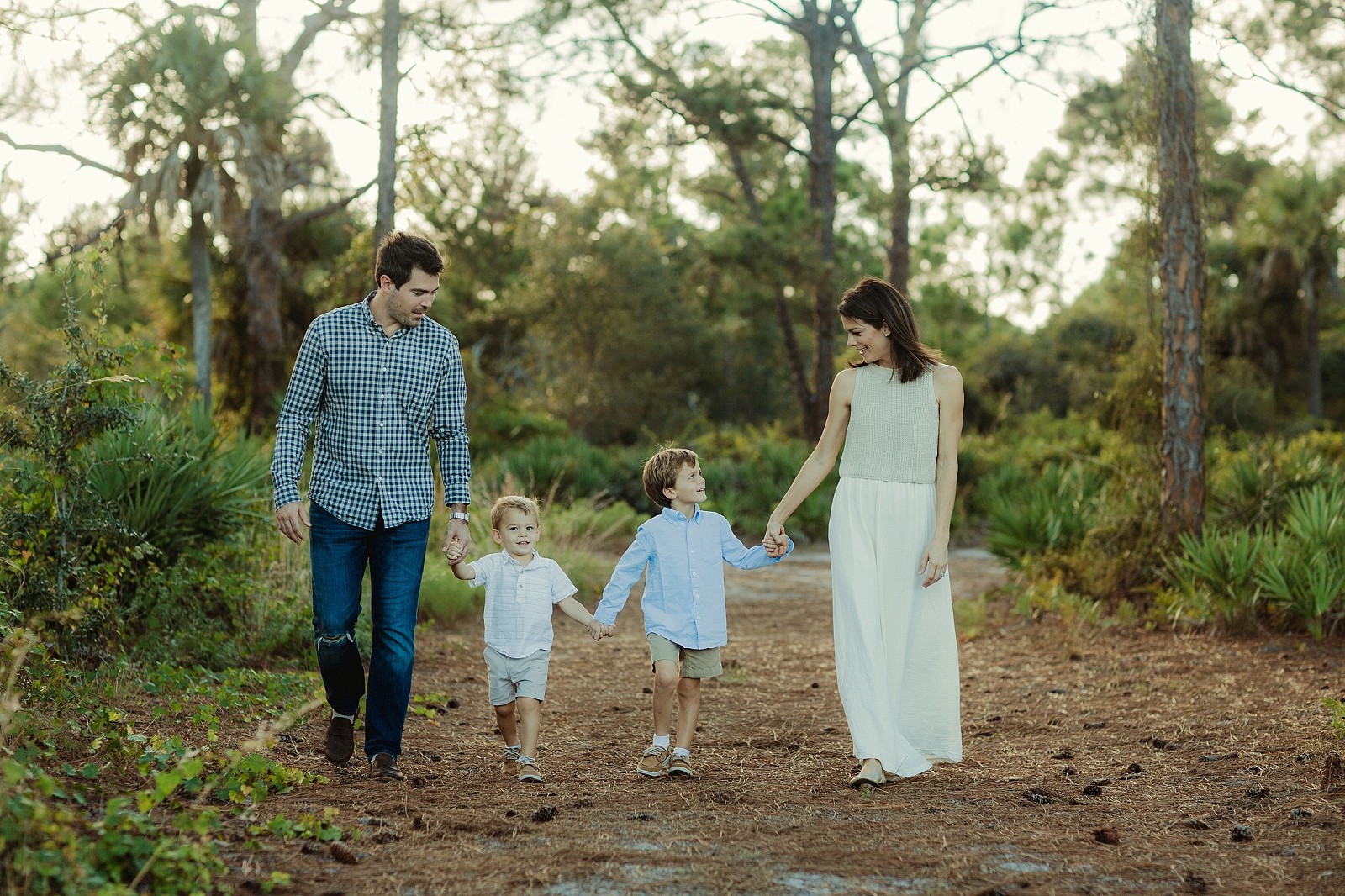 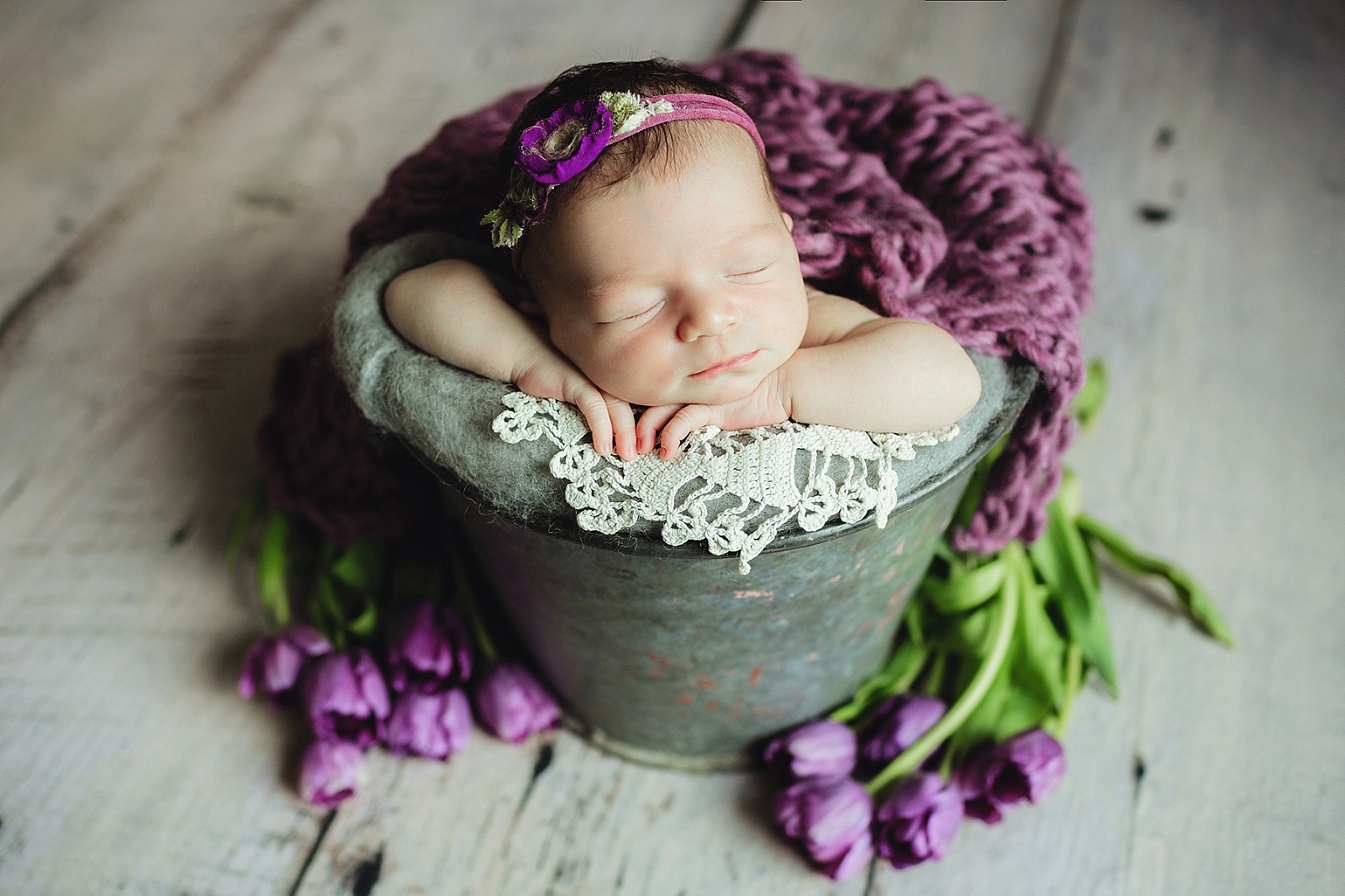 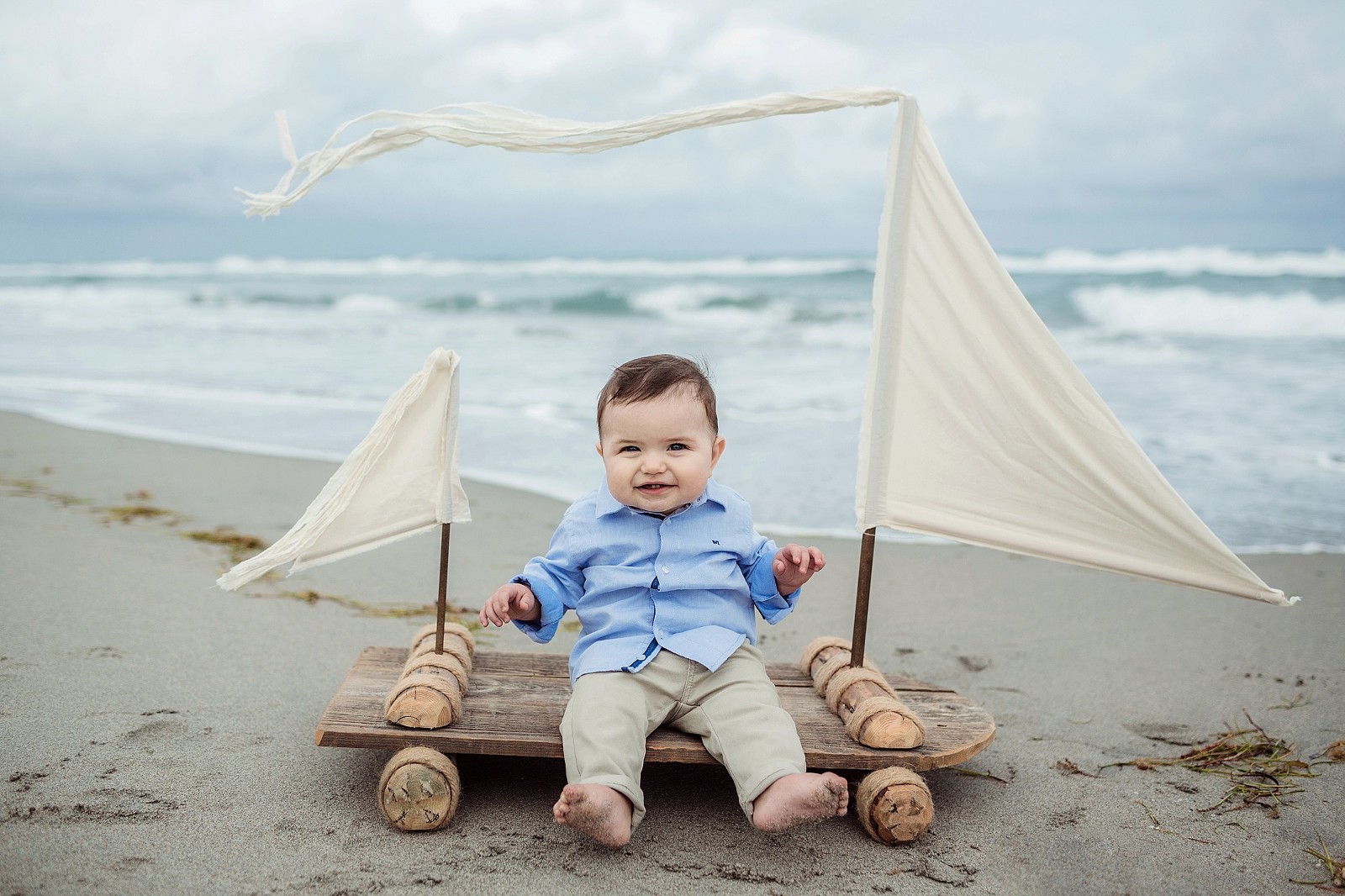 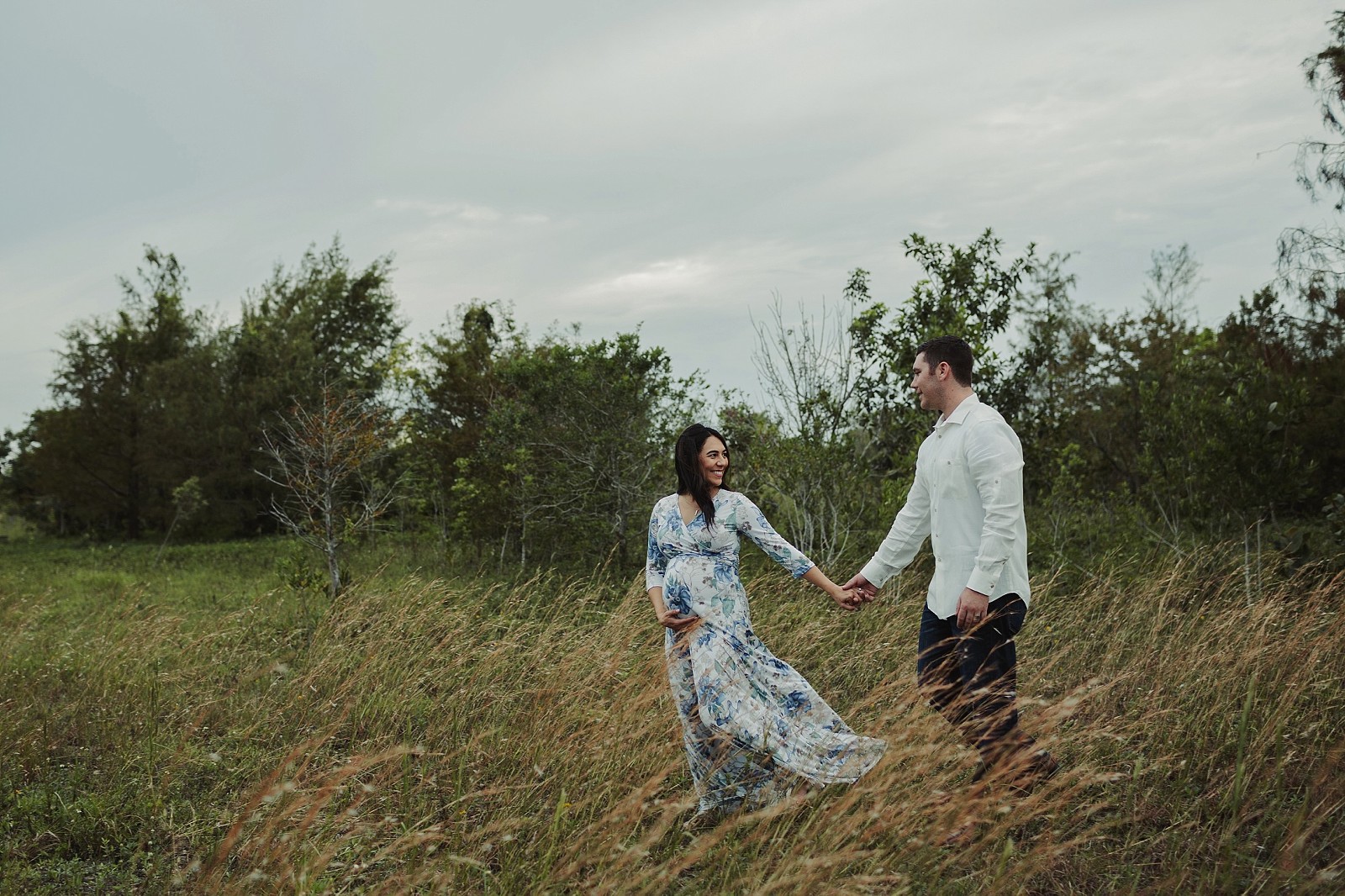 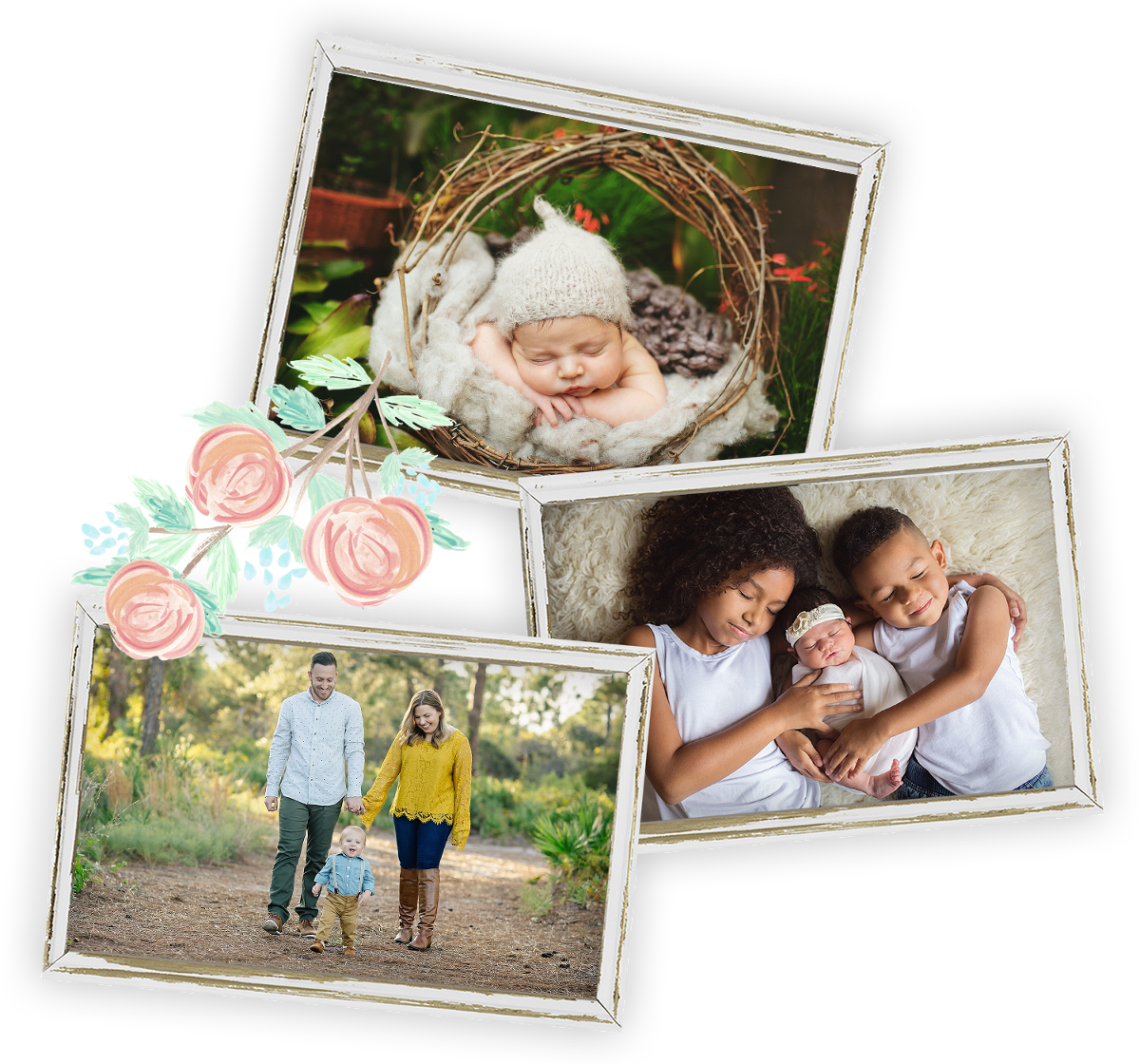 Naomi Bluth Photography is a Boca Raton photographer. She specializes in newborn, baby, maternity, and family photography. Naomi has been capturing memories for families in the Boca Raton, Coral Springs, Delray Beach, Parkland, Deerfield Beach and Boynton Beach area since 2011.